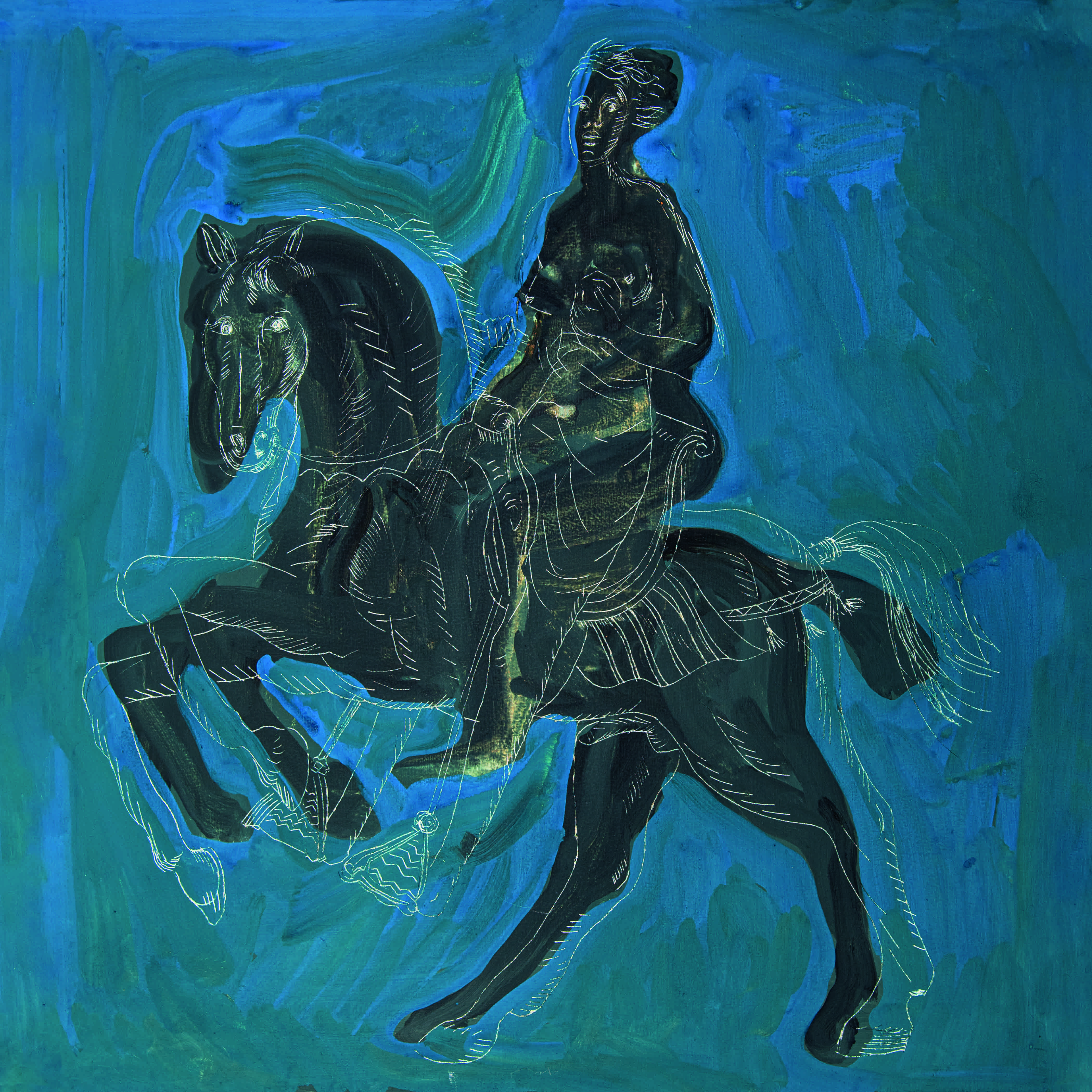 In September 2019 Alessandro Bosetti was invited by fellow composer and curator Riccardo La Foresta to create a new work for a newly created ensemble as part of a residency program hosted by Centro Musica in Modena, Italy.
The very first encounter took place on Skype – kind of a prediction of the forthcoming physically distanced pandemic times. The first, straight-to-the-point question Bosetti posed to each musician was to tell him the history of their life.
The materials collected in the interviews subsequently underwent a process of anonymization, selection and cut-up in order to create the imaginary autobiography of Didone, a genderless character on whom Bosetti composed a combinatory poem in 84 aphorisms, six of which have been translated into music.
The ensemble consists of extremely different musical profiles: the contemporary soprano Giulia Zaniboni, minimalist banjo and acoustic guitar player Glauco Salvo, and four musicians with a jazz background such as guitarist Luca Perciballi, drummers Andrea Grillini and Simone Sferruzza, and saxophonist Dan Kinzelman (also part of Hobby Horse trio and long-time collaborator of Enrico Rava). Some of the stylistic features of Bosetti’s project Trophies (along with Kenta Nagai and Tony Buck) can be detected here and there. Persistent repetitions, mesmerizing sonic masses and extended, oblique melodic lines are here led by the clear and precise voice of soprano Giulia Zaniboni.
The voice is at the heart of this work: the textual fragments of the autobiographies are filtered through Zaniboni’s contemporary vocality, while informing the instrumental writing as well. Themes and textures unveil traces of words or sentences; fragments of biographies are embedded in the intricate instrumental dialogue between the two drummers.
A final layer was added by Ettore Tripodi, a unique and out-of-time visual artist who imagined Didone in a series of illustrations accompanying the poem.
Didone is a work about the reconfiguration and recombination of identities, where every specific sense of belonging melts into an indistinct swarming of possibilities.

Didone is released by Kohlhaas as a black vinyl 12” LP edition of 300 copies with cover artwork and booklet featuring illustrations by Ettore Tripodi.

Music and concept by Alessandro Bosetti.

Thanks to Riccardo La Foresta.

Alessandro Bosetti is a Marseille-based composer and sound artist with a particular interest in the musicality of language and in the voice, conceived as an autonomous object and an instrument of expression. His works enact a dialogue between language, voice and sound within complex tonal and formal constructions, often crossed by oblique irony. He builds surprising devices, often linked to the radio medium and to a tireless reflection on the relationships between music and language, questioning aesthetic categories and listening postures.
His work has been shown in reference venues such as the GRM / Présences Electronique festival in Paris, Roulette and The Stone in New York, Café OTO in London, the Liquid Architecture Festival in Melbourne and Sydney, the Serralves Museum in Porto and the San Francisco Electronic Music Festival.
His music is released by labels such as Errant Bodies Press, Holidays Records, Rossbin, Sedimental, Unsounds, Monotype, Weird Ear Records.