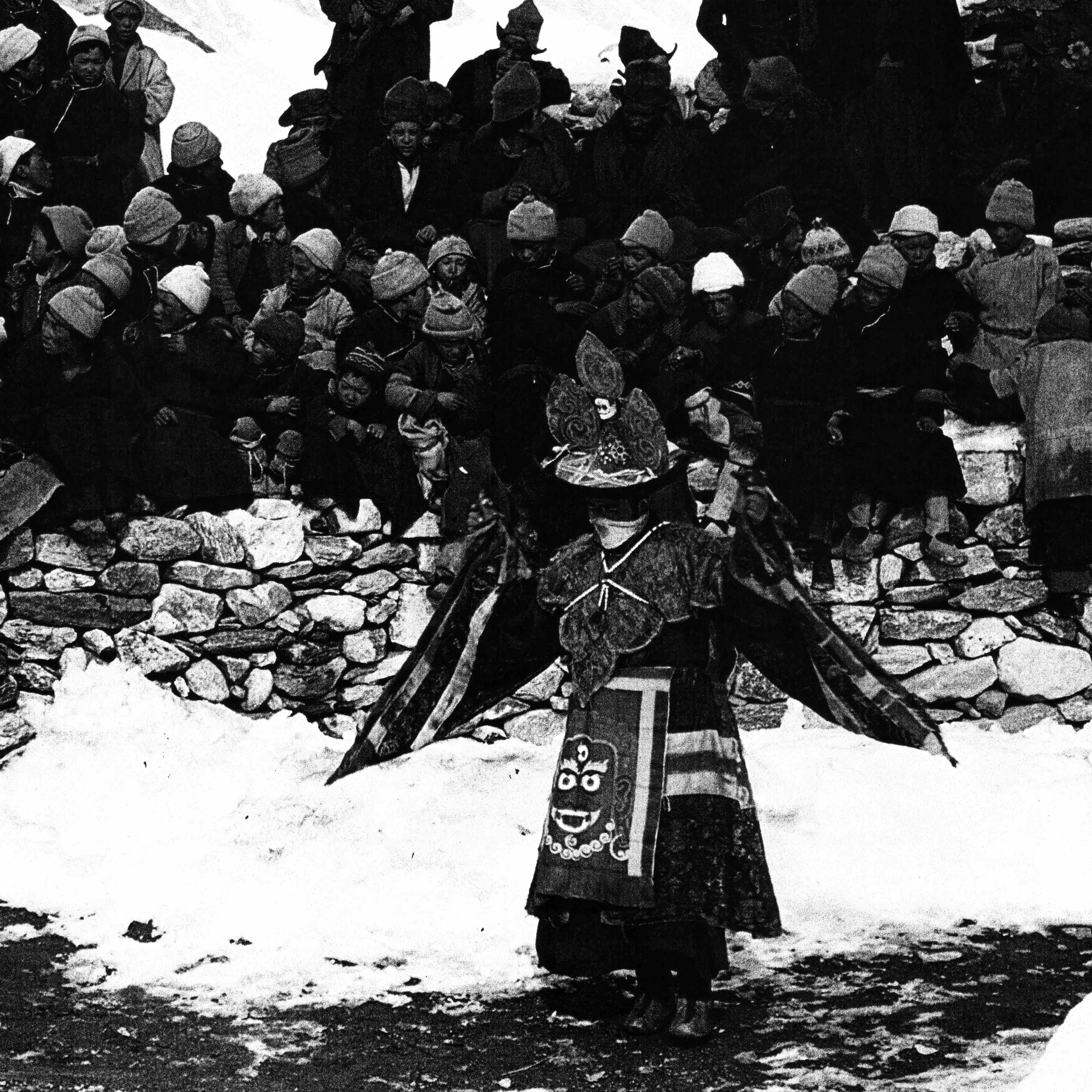 Founded by a collective of musicians involved in radical improvisation and contemporary classical music, since 2011 Florence-based ensemble Blutwurst has focused their research on the acoustic exploration of sustained tones and slowly transformed patterns of sound.
Anabasi is Blutwurst’s fourth full length release, following their debut album Tenebrae (Tempo Reale Collection, 2016), the subsequent Yoğurt (Negative Days, 2016), and their recent collaboration with French composer Emmanuel Holterbach Ricercar nell’ombra, released in early 2020 by Another Timbre.
As its title could imply, Anabasi shapes up to be a deep, imaginative path, divided in two long takes: the title track – which is itself split in two parts – for acoustic instruments (harmonium, accordion, piano, viola, cello, double bass, trumpet and bass clarinet), sine waves and tapes; and Parva Lumina, for pipe organ and electronics.
Parva Lumina is dedicated to Fluxus artist and composer Giuseppe Chiari (Florence, 1926-2007) and was developed by Blutwurst after the audiovisual installation of his score La Luce. It was recorded on a 19th Century Tronci organ in the church of San Giusto a Ema, Florence.
Anabasi is pressed in 200 copies on black vinyl, featuring design and layout by Matteo Castro and liner notes by Emmanuel Holterbach.
Digital edition comes with a bonus uncut version of the opening track.
Listen/Buy 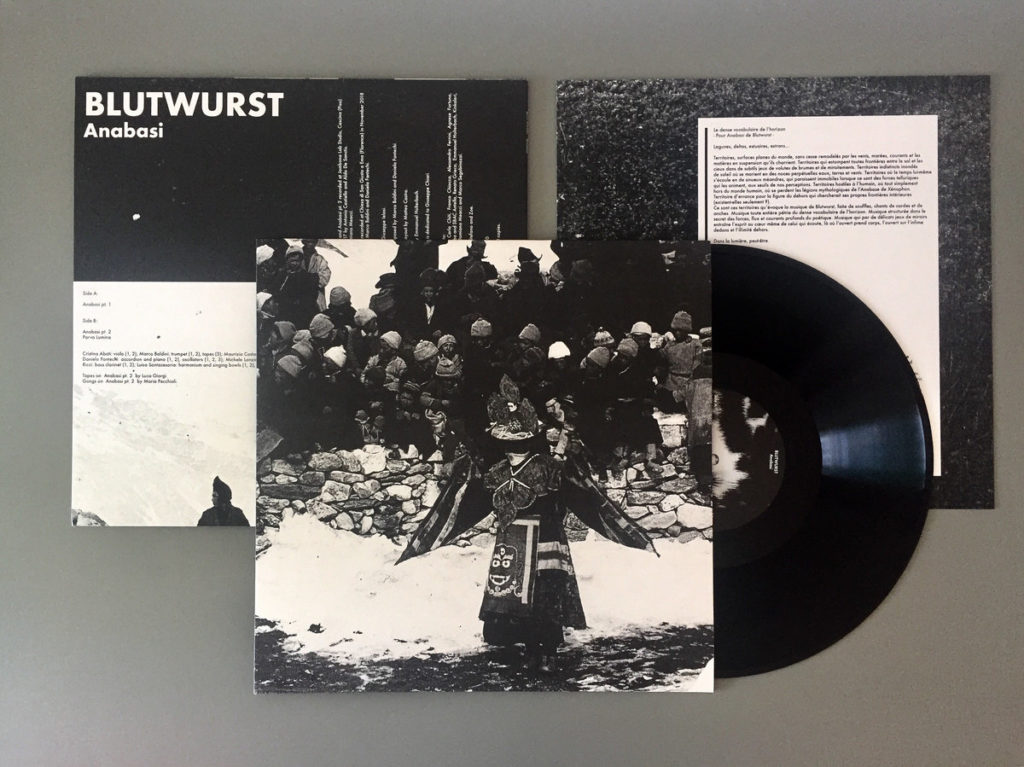 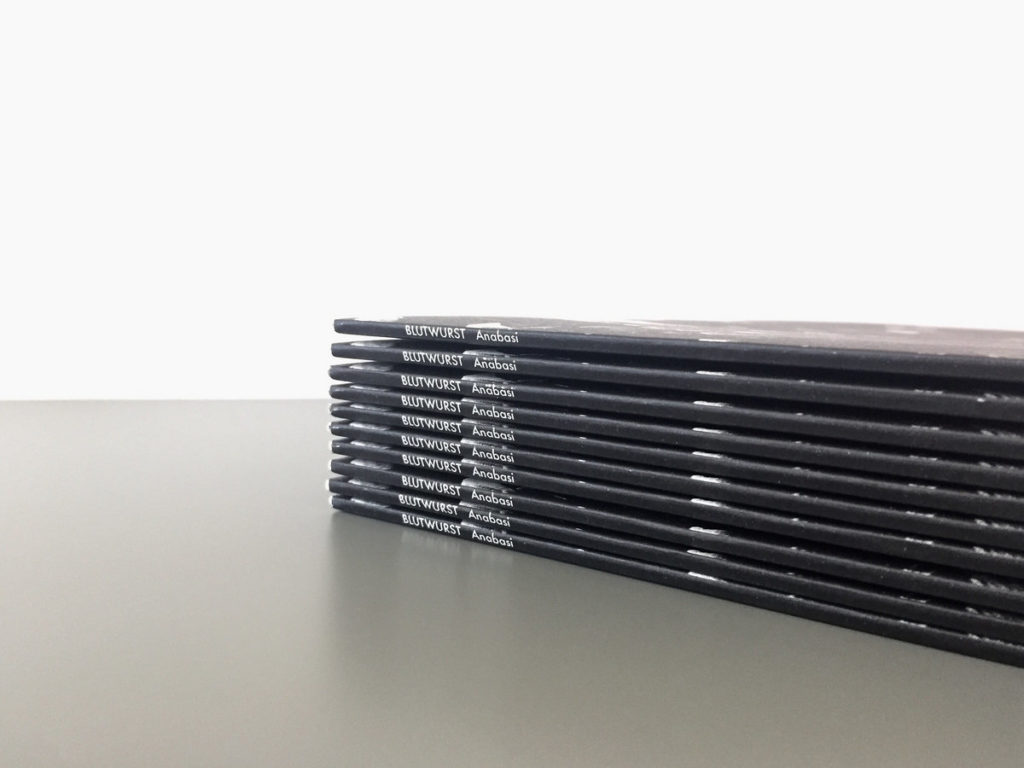